The Dirty Crew is a Seattle-based motorcycle club. Its members live to ride motorbikes. Their passion is for riding dirt bikes, but they find themselves Adventure Commuting more often than anything. Every Sunday, The Dirty Crew aspire to ride their dirt bikes together.

The name of the club extended from an-off road motorcycle event called "The Desert 100" near Odessa, WA in April, 2009. At the event, during the first 50 mile loop of the Ironman Poker Run, several of the club's members found themselves covered in dirt. Dirt bikes tend to get people dirty when they are behind a "roosting" dirt bike.

In October, 2009, The Dirty Crew submitted for official recognition with the Progressive International Motorcycle Shows. 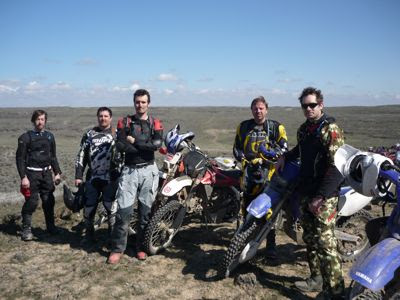 (from left to right):

The April 2010 Desert 100 event brought The Dirty Crew’s membership to a total of six with the addition of Wendy. Everyone raced on Sunday.

The Dirty Crew is kindly sponsored by Flatland Racing. 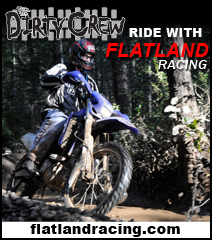