Swamp Monster and MotoBum did it yet again and it was another flawless day at Tahuya. The conditions were perfect with tacky ground, no rain, and spring temperatures to die for.

The only "incidents" (not really worth mentioning) were 1) Swamp Monster initially forgot to pull the muffler plug out upon start up of his Gas Gas EC250 and 2) MotoBum forgot to turn the gas on while out on the trail on the Yamaha WR250F... not once, but twice.

A dude named Jared on a Yamaha YZ250 tagged along with the small crew coming out of the Elfendahl Pass Staging Area. He didn't want to get lost out in the wilds so asked to tag along. It's safe to say that within 30 minutes, he was both worn out and already worried about running out of gas. He peeled off to ride down Sand Hill Road, back to the gravel pit, and back to the main 'lot. That was the last that was seen of Jared.

The Bus. It was both an ideal and a destination. It was a fun target. It was an easy target. Especially considering that Swamp Monster had the location tagged in his GPS unit. MotoBum kept asking Swamp Monster "are we getting closer?" The answer was always "yes." But then when it finally was close, MotoBum didn't take the turn off and kept shredding Overland Trail.

In the end, The Bus was found again and ridden through several times, resulting in various Instagram posts and a GoPro video.

#dirtbikes | #tahuya | #thebus | Yes, @sdcomins recorded multiple video passes of us riding through it. #documenthistorybeforeitdocumentsyou
A post shared by MotoBum (@motobum101) on Apr 9, 2019 at 11:42pm PDT


The Bus at Tahuya video:
Posted by MotoBum at 9:00 PM No comments:

Twice In One Month!

Swamp Monster and MotoBum actually hit the Tahuya trails twice in one month! On December 31, 2018, they put the year to bed with a good trail shred.

It's worth noting that Swamp Monster actually did shoot quite a bit of GoPro video... and none of it ended up being usable. #nexttime

Posted by MotoBum at 5:00 PM No comments:

Swamp Monster and MotoBum hit Tahuya on December, 2 2018. How long had it been? Who knows. It'd been way too long. But all the equipment fired up and worked flawlessly. The gear was still comfortable. And one of the best Tahuya dirt bike rides commenced. Just look at the golden pictures below as evidence. As per tradition, it ended with Mexican and Margaritas. 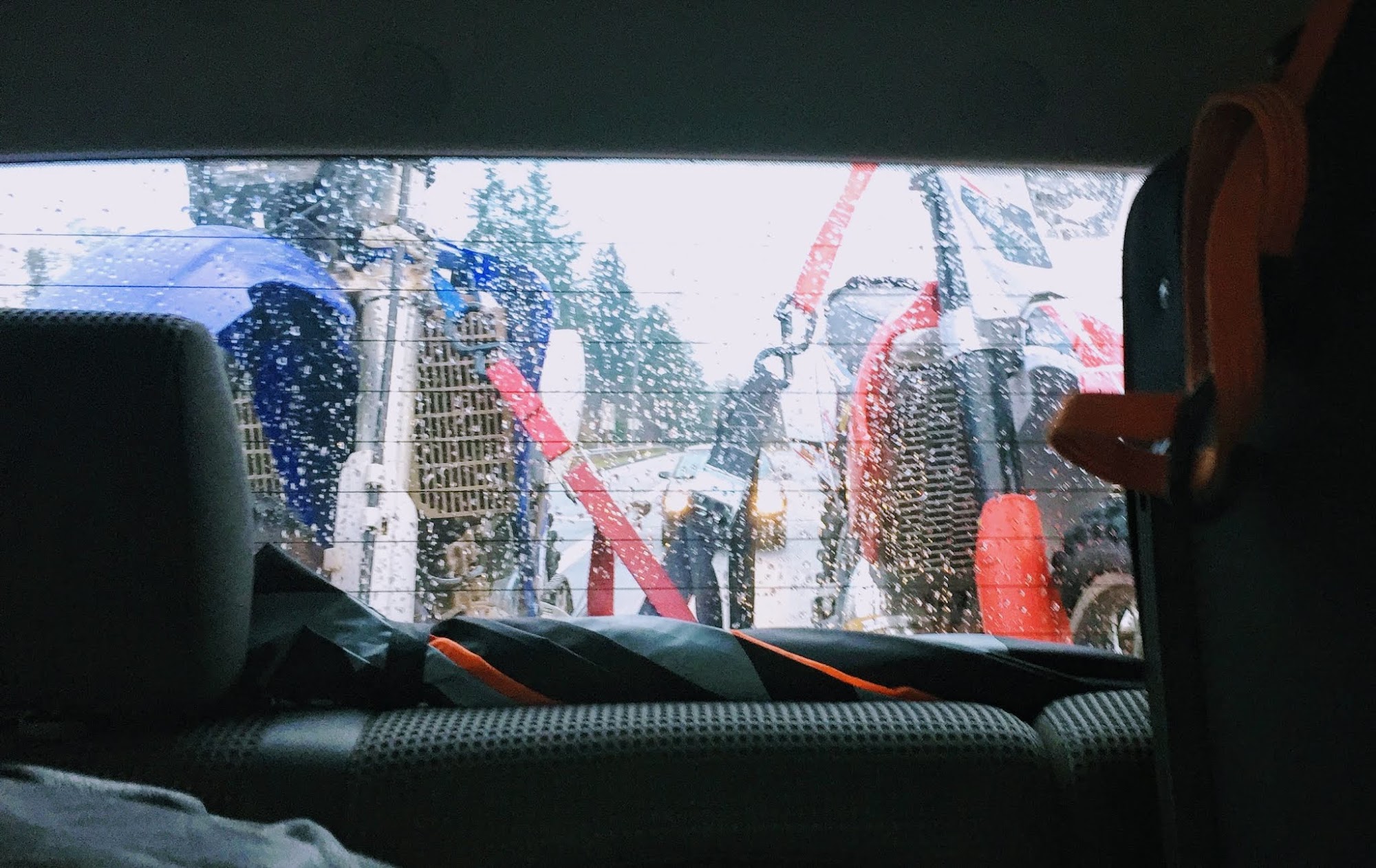 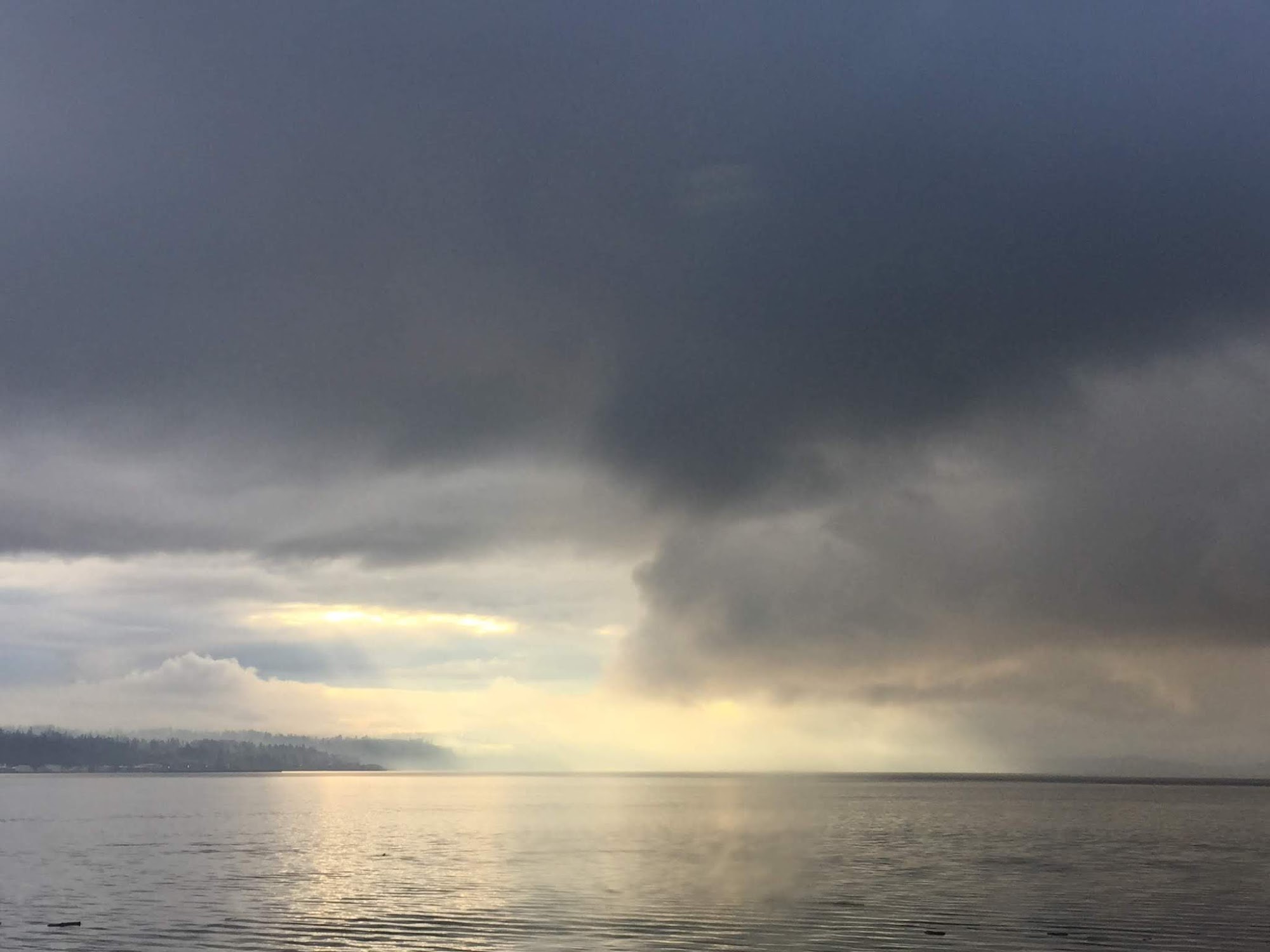 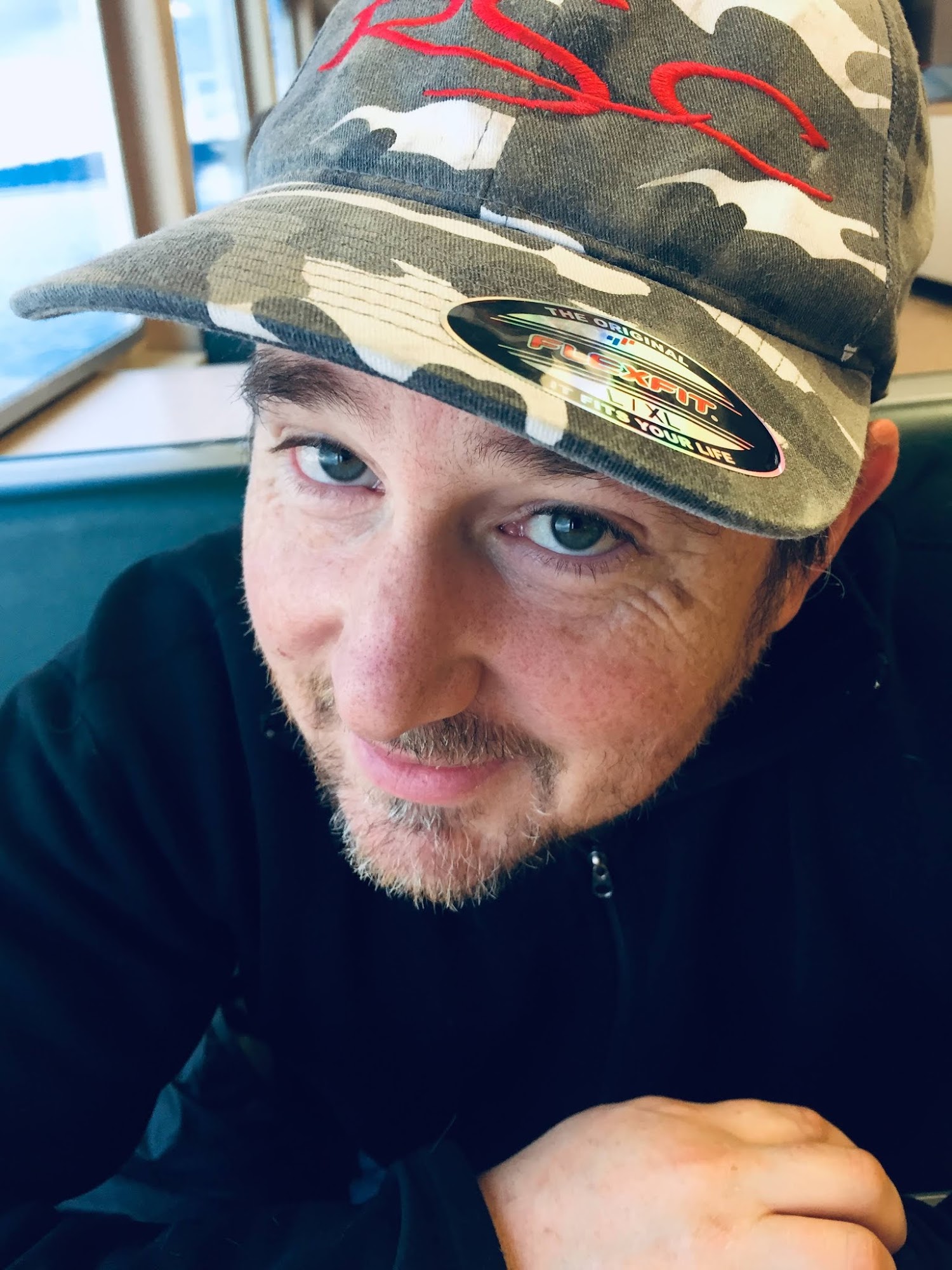 Thank you friend for slinging #mud on #myback and putting a #smile on my face. -After being #coopedup for months the @gasgasmotos #ec250 performed flawlessly at #tahuya today.
A post shared by Scott (@sdcomins) on Dec 2, 2018 at 9:58pm PST 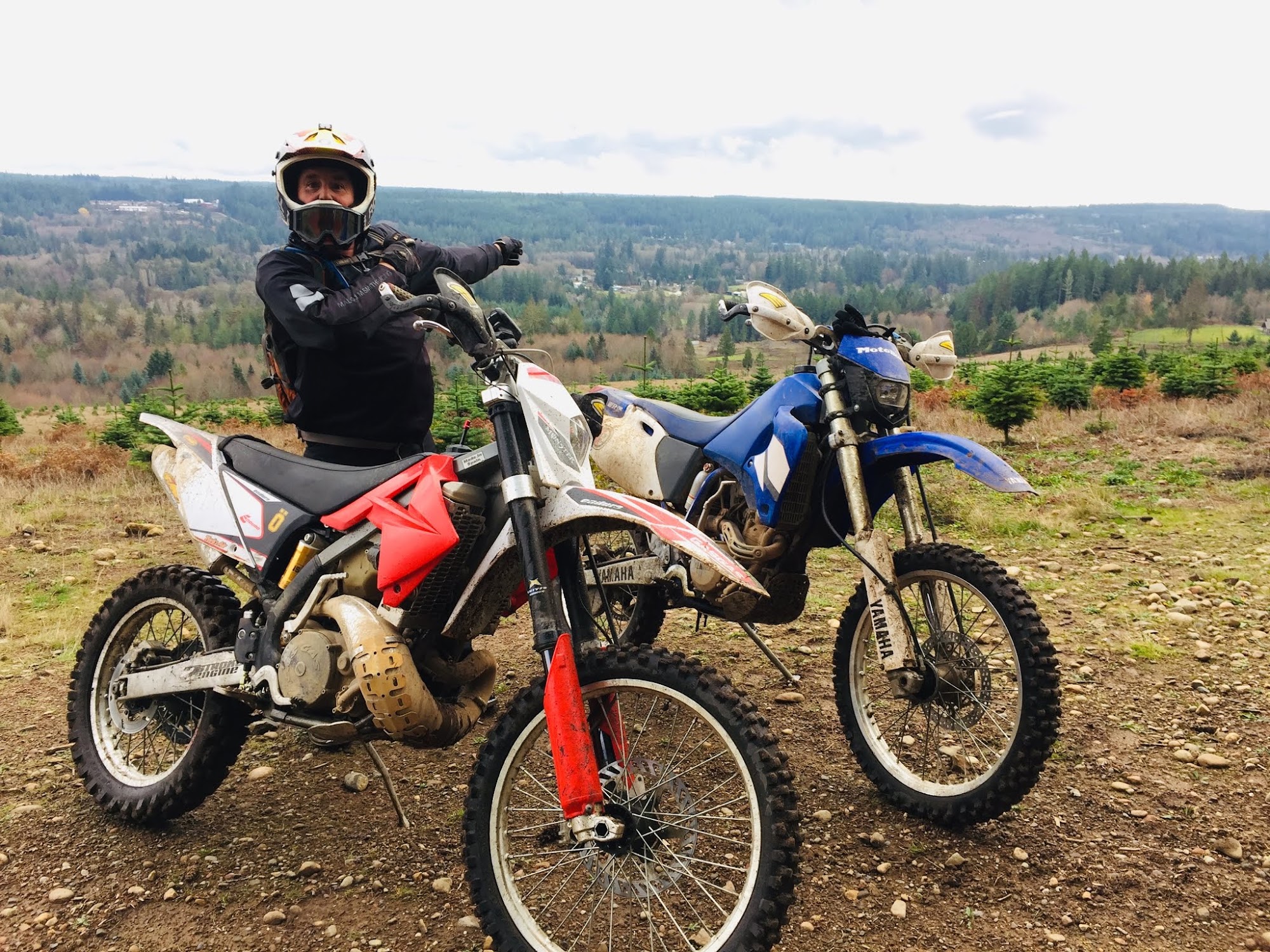 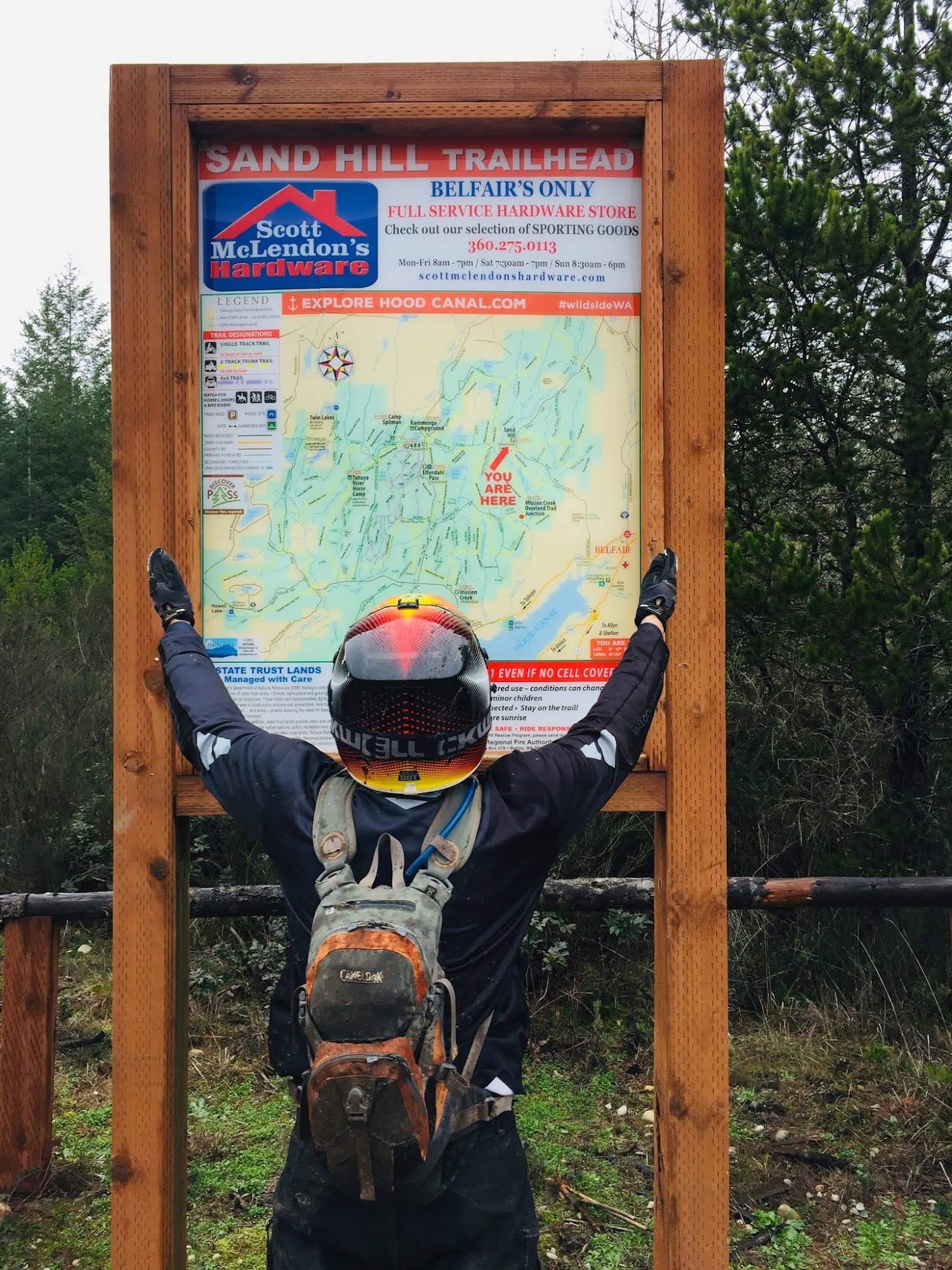 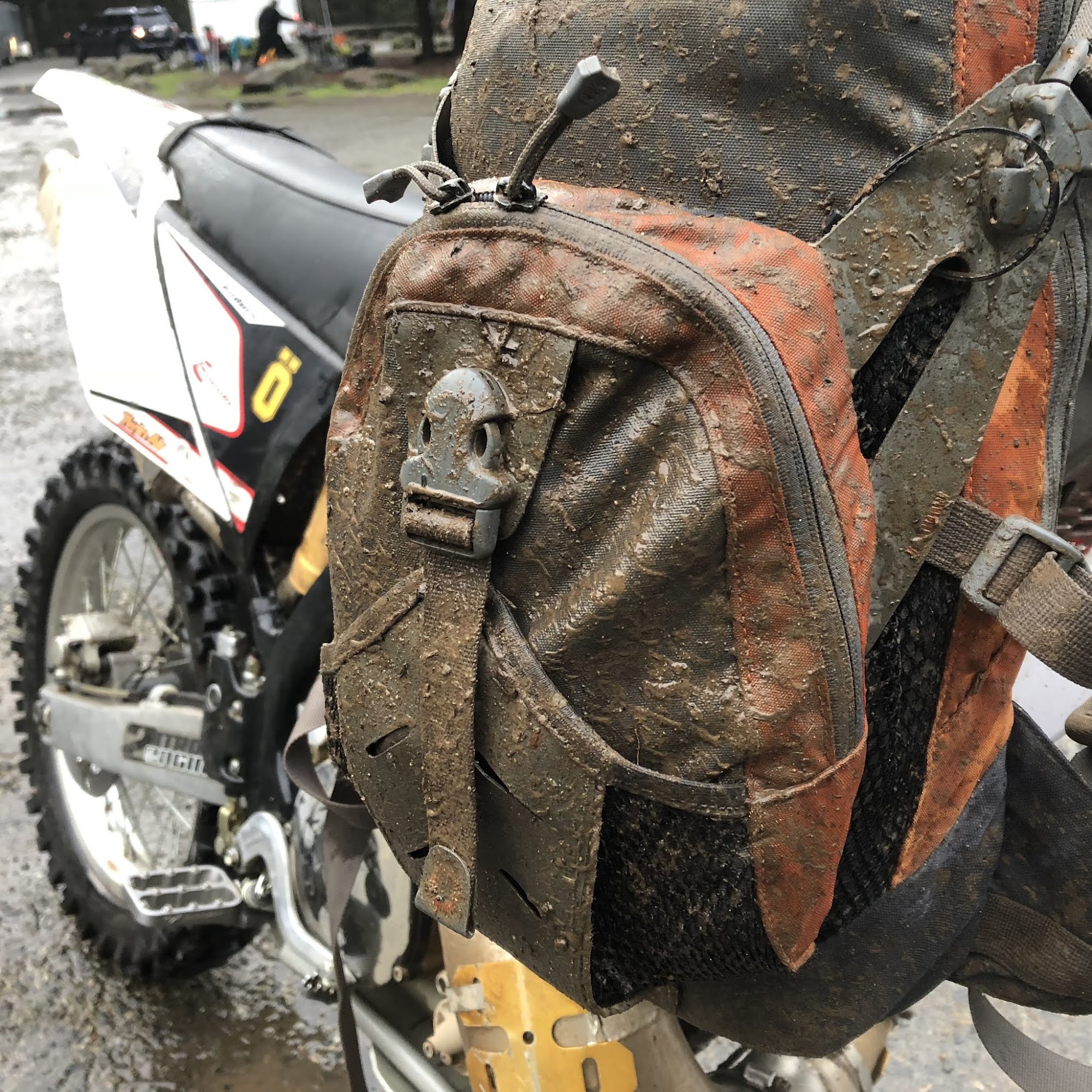 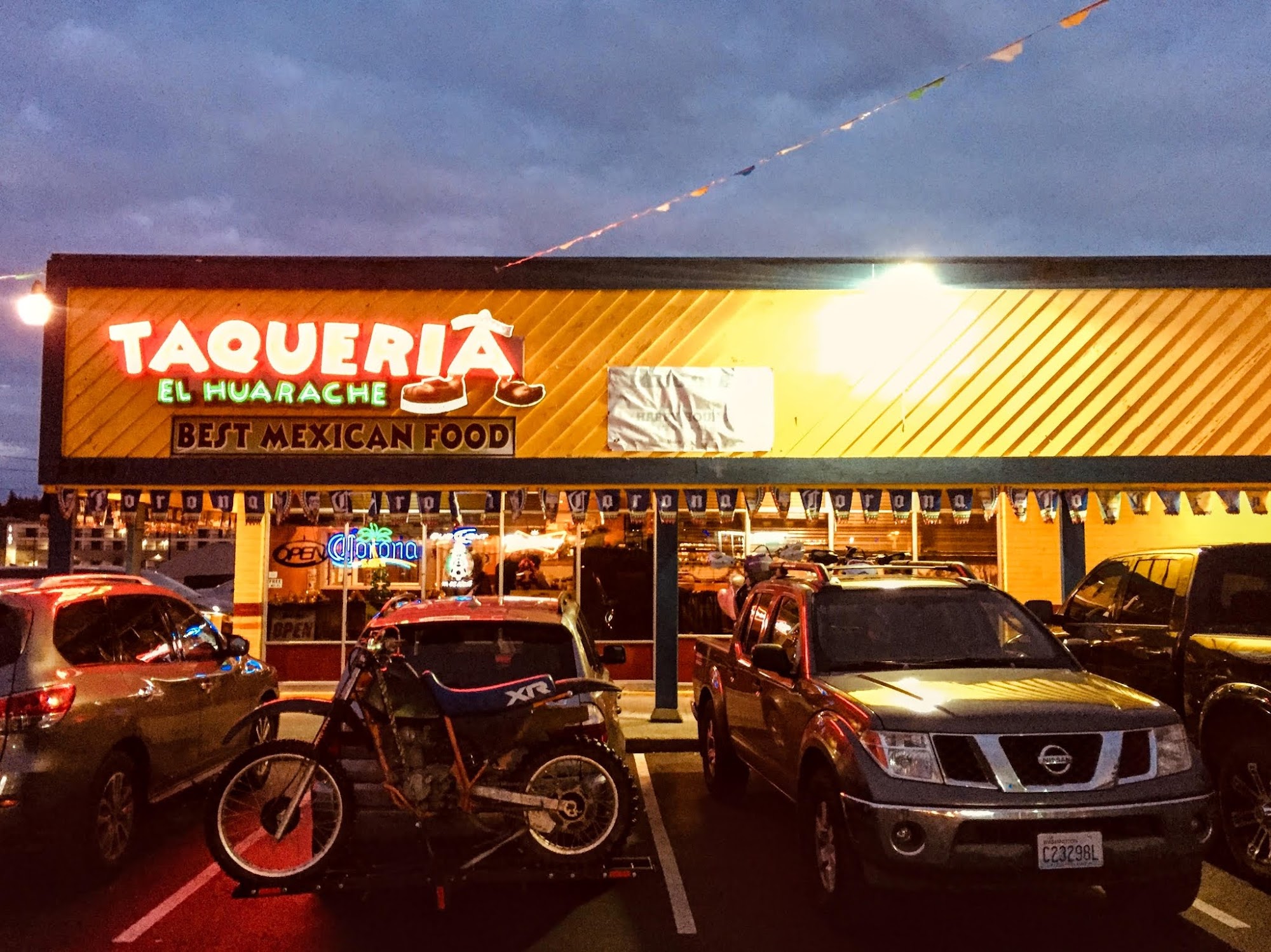 Posted by MotoBum at 8:03 PM No comments:

This needs to get dirty soon! 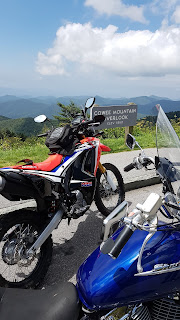 "I'd hit that," said Ghostface KLR. And we did. Complete with a fly-in to PDX by Special Guest Star, Righteous1, a designer's home Airbnb, and a mountain bike ride with local crew friend, Ian. Portland was ours for a long weekend, Thursday, February 8 - Saturday, February 11, 2018.

@rsctakeover was so #badass in his #studded #blackleather #bikerjacket @the1moto that he actually scared people, despite the #shiteatinggrin
A post shared by Wilder Molyneux (@motobum101) on Feb 13, 2018 at 3:47pm PST

Fav #motorcycle @the1moto this year was the #electric @altamotors powered "The Crapshoot." Sweet!
A post shared by Wilder Molyneux (@motobum101) on Feb 13, 2018 at 3:38pm PST

Took a break from @the1moto show and headed out to #sandyridge to ride the #mountainbikes this afternoon. A quick stop at #whiskeysodalounge then back to the #motorcycleshow !
A post shared by Scott (@sdcomins) on Feb 10, 2018 at 6:47pm PST

TDC made a mid-October partial Washington Backcountry Discovery Route (WABDR) run, just for fun. With snow at higher elevations, this trek was one to remember for a lifetime! As always, more fun was had camping once the beers and tequilas started flowing freely.

The #sunlight ran out before we found a #campsite on the first night of our #wabdr run. The ridge north of #ellensburg offers a #greatview . The #battery ran out on the #yamaha #ttr125l front light, so finding a site in the dark was #extrafun . Good thing @rsctakeover @rmooreid and @motobum101 had #workingheadlights .
A post shared by Scott (@sdcomins) on Oct 17, 2017 at 2:09pm PDT


Section 3 of the #wabdr was a little #snowy and #icey . The #yamaha #ttr125l did a great job #keepingtherubbersidedown when others #werentsolucky . #tinytires and a #125cc engine blew away the #bigbikes . I know @motobum101 @rsctakeover and @rmooreid had fun anyway.
A post shared by Scott (@sdcomins) on Oct 17, 2017 at 7:53pm PDT


Celestial light shines upon @rsctakeover while he laughs about the look on people's faces when the see our crew snow riding. With @sdcomins & @rmooreid #snow #wabdr #bdr #pnwdualsport #adv
A post shared by Wilder Molyneux (@motobum101) on Oct 17, 2017 at 10:16am PDT


When touring through the Washington state back country, @motobum101 and I can't help but do most of it on one wheel. 📸: @rmooreid #rsctakeover #wabdr #adv #advrider #pnwdualsport #wr250r #yamaha #wheelie
A post shared by Josh Miller (@rsctakeover) on Oct 17, 2017 at 1:04pm PDT

Overall, it was a good run. This video summarizes and captures a sliver of the fun had.

Posted by MotoBum at 9:00 PM No comments: 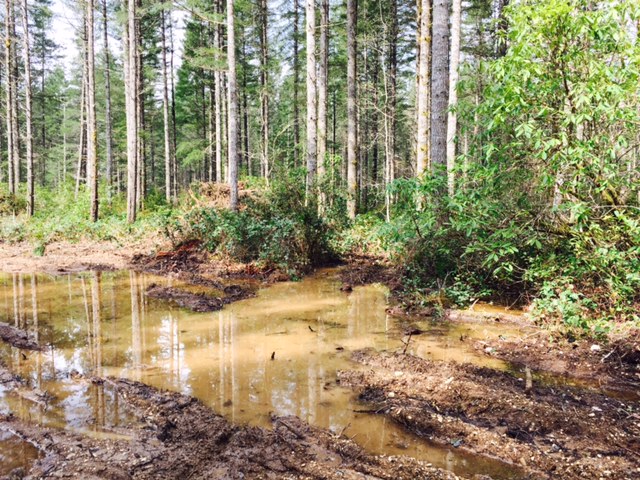 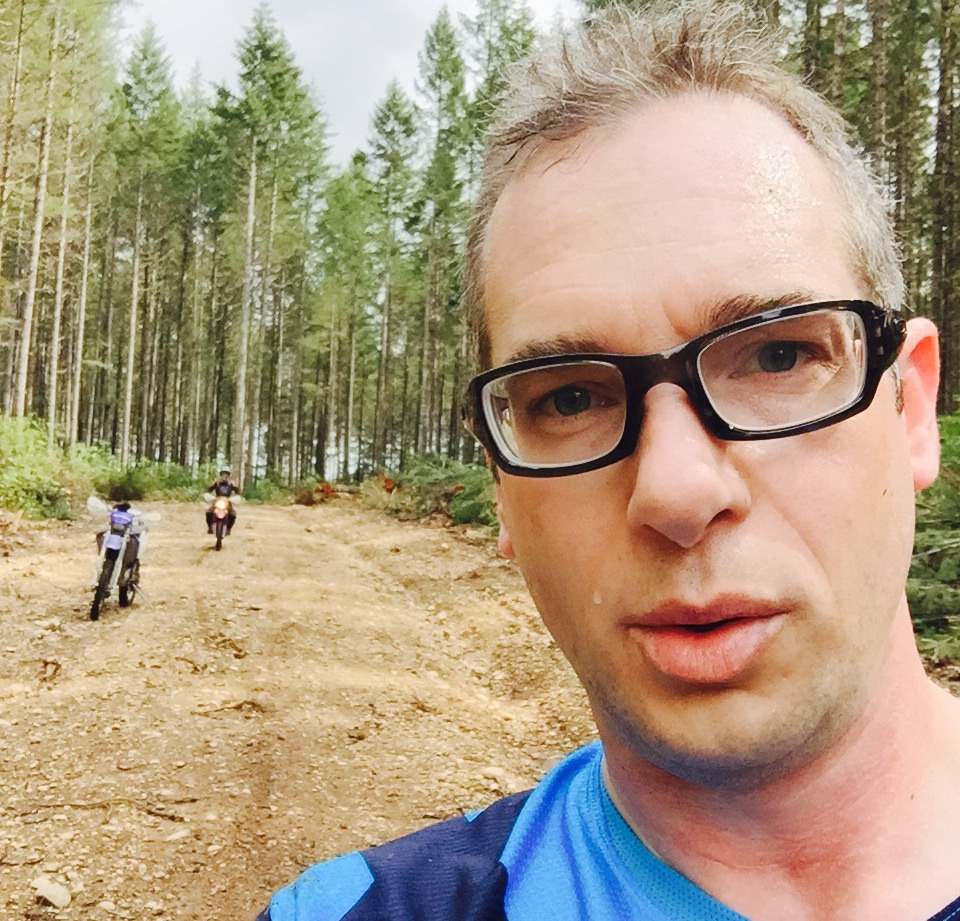 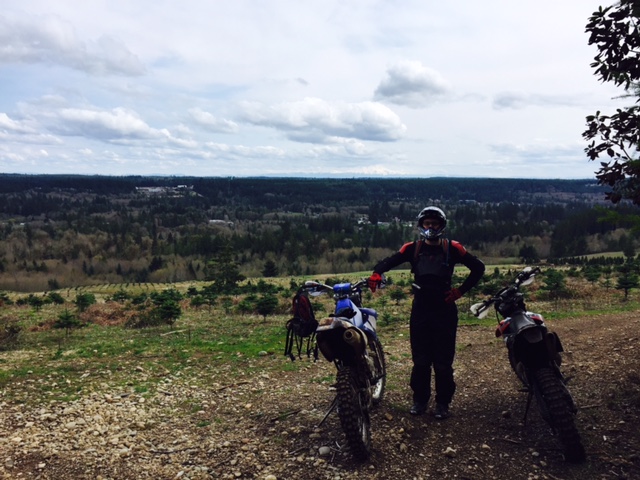 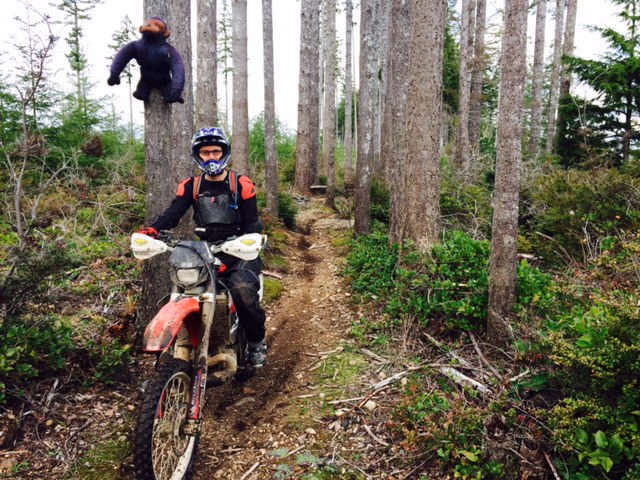 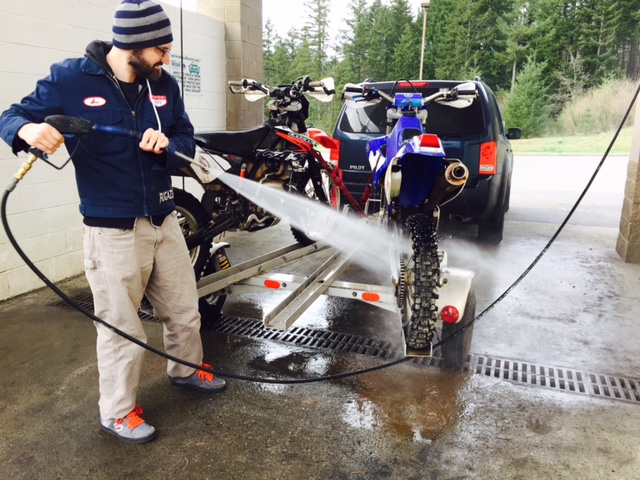 *Yamaha WR250Fs of a certain era have a poor engine design where the rocker cover breather hose vents to just below the bottom frame rail; if venting is obstructed in any way, the engine will stall.
Posted by MotoBum at 9:00 PM No comments:

MotoBum and Ghostface KLR took an intrastate run to Pullman on a three-night road ride, Saturday April 16 - Tuesday, April 19. Technically, it was an ADVenture ride as eight miles of the trip was on a hard pack dirt road. MotoBum's F4i hooked up so well on it, it was able to pull power wheelies!